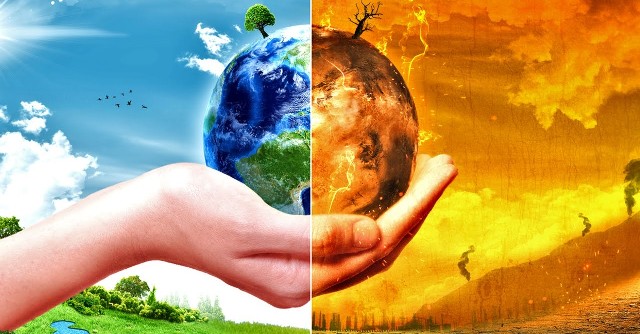 The earth has been witnessing a change in global climate for quite some time as a result of which the average global temperature has increased by one degree Celsius in the last two decades. While some environmental scientists think that the climate change is happening naturally, the matter of the fact is that human activities have endangered the global climate. Concerted efforts by all individuals, Government, and organization, are needed to save the sanctity of nature.

The government has a significant role to play in exercising control on factors contributing to global warming, as it is a maker of legislation in a country.The transport regulatory body should make stringent rules to control the emission of Carbon monoxide and toxic gases from vehicles and factories alike.The government should organize awareness programs to educate the masses about rising temperature and their role in combating climate change problem.

Apart from the government’s interference, industries, too, should contribute to protecting the environment; by developing sustainable solutions and products which run on green energy. Individuals can do their part by using renewable sources of energy, reusing non-decomposable material such as plastic bags and composting food waste & opting for public transport instead of private vehicles.

In my opinion, the pace at which trees are being cut down for industrial use must be reduced. Government, Corporation and NGO’s should encourage individuals to use green energy such as Solar energy, geothermal and wind energy. Furthermore, the use of public transport, adapting to digital means to save paper and afforestation can help fight climate change and reduce global warming to a high level.