In this post, we have covered the pros and cons quite comprehensively. The structure of the essay is as follows: 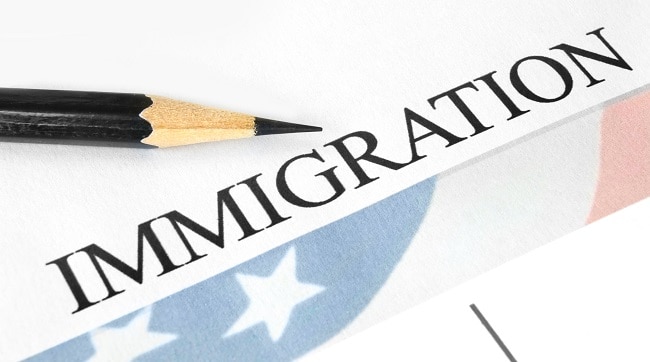 Migration has been one of the most significant issues in present times. With globalization and the ease of movement, immigrants in various countries are on the rise. Both inward and outward migration is highly prevalent because of multiple factors like better life opportunities, family, culture, and others. Migration entails many benefits for both the people who go and for the country that receives. However, the process of immigration and assimilation can get stressful sometimes.

Here are some of the pros and cons of immigration:

The pursuit of better jobs is one of the primary reasons for people to migrate overseas. Everybody needs money to survive in this modern world, and when your country is incapable of providing job opportunities to enable you to earn the money you need, immigration seems the only option left. Countries like the USA, UK, and Canada are the preferred destination by many who are in search of jobs; all these countries are highly developed democracies with a high standard of living. The USA and Canada most often than not are very welcoming of highly skilled workers. So, if you are someone who has a great deal of skill in a particular field and are looking for better work options than what is available in your home country, you may consider immigration as an option.

Not all countries provide a similar lifestyle. Sometimes even the richest from a particular country cannot have access to certain lifestyle amenities that are readily available for the poor of another country. For example, Switzerland is considered one of the most beautiful countries in the world. Very few other countries match the breathtaking beauty and the comfortable lifestyle it offers. So, immigrating to a country like Switzerland that is known for a very high standard of living might drastically help improve the way you live.

3. The opportunity of experiencing a new culture

The world is as close together as it has ever been and at the same time, it has never been more diverse. People seem to live in a bubble that surrounds them completely, with partial or complete ignorance of other people and their culture. Even though the people around the world are connected more than ever, the divide only seems to be more extensive. Going to different places and countries to experience things first hand seems to be the only way to get out of this bubble. And the amalgamation of two cultures is always beautiful, by immigrating you would get to experience this unique and fantastic feeling.

Apart from the economic aspects, another primary reason for immigration is safety and security. The modern world is not devoid of conflicts. There are conflicts everywhere from the Middle East to Myanmar or certain parts of South and Central America where drug cartels still make the streets unsafe for people. Having to run from one’s motherland is a terrible ordeal, but being alive and safe matters more the feelings of nationalism and patriotism. Immigration is the best option to take if you are someone from such regions.

Overpopulation is a hindrance faced by many countries across the world. For example, India is a country filled with a large number of highly skilled workers, but it is also a country facing a high level of both unemployment and underemployment. When a person from India migrates, he leaves his place in the workforce to be taken up by someone else. So, if you are a person who is emigrating from a country with high unemployment rates, you will not only be able to improve your life but also help out your country indirectly.

While the pros of immigration are indeed many, there are some cons as well. And here they are:

1. Adjusting to a new culture and environment

Not many people can move away from the comfort of home to an entirely new place with a different culture and not have a problem with it. The people, the customs, or even something as simple as traffic rules might turn out to be so different from the place you are from originally. And all of this takes a lot adjusting to do, if you are not up for it, then immigration to a new country is perhaps not going to be easy.

While racism is not as prevalent as it was before, it is undeniable that racists still exist. And the most significant proof of that can be said is that Donald Trump just won the presidency of the United States after having carried out one of the most divisive and racist campaigns in the history of the world. What is more troubling is that it happened in the United States of America, a country built by immigrants, a nation that has for a long time been a melting pot of different cultures. So, all this means that you are bound to come across a racist or two wherever you go, it is something you cannot escape.

3. Gaining citizenship can be difficult.

A person with a working visa does not enjoy the benefits that a citizen of the country does. While you may end up paying the same amount of taxes as a citizen, you may not be getting the same benefits. So, it is necessary to try to get the citizenship of the country you immigrate to as soon as possible. The problem is, it is not easy to do so. Obtaining citizenship often involves long and tedious processes that cause a lot of trouble. And unfortunately, there is no way around it.

Hence, it is obvious that there are many pros and cons associated with the immigration process. But constant efforts from both, the immigrant and the receiving country can lead to quick assimilation. This quick assimilation can be beneficial and can help in a fruitful life in a peaceful environment.