PTE Speaking Retell Lecture – You will hear a lecture. After listening to the lecture, retell what you have just heard from the lecture in your own words. You will have 40 seconds to give your response. This item type that integrates listening and speaking skills.

New questions have started to appear in PTE Exam & it is quite impossible for a student to memorize the retell lecture that just came in his exam. The retell lectures mentioned below are not the exact lectures that came in the exam, but they are quite similar to them. Keep practicing!!

According to the World Health Organization, 400 million people worldwide have no access to essential health care. That’s a staggering number of people. Some of those services include things like basic sanitation and clean water, prenatal care and vaccinations or immunizations for children.

Many things contribute to this crisis. Sometimes people live too remotely to get timely care if an emergency occurs. Even when living in a city, the patient to doctor ratio can be as high as 50,000 people to just one doctor. Making it impossible for that doctor to meet the demands of health care in that area. These are valuable people, made in the image of God who are physically suffering.

Many of them without a personal relationship with Christ. So we do this with a week of hands-on training consisting of a variety of topics like basic sanitation and hygiene, taking vital signs, wound care and infection prevention basic birth assisting and emergency skills. Those who participate in the training then have practical skills in supplies to care for others in their community in a way that glorifies God and opens the door for sharing the gospel in a new way.

According to the WHO, 400 million people do not have access to important healthcare facilities like basic sanitation, pure water, vaccinations, prenatal care, etc. This mainly happens because most of the people live in the remote areas, where the doctor-patient ratio is 1 doctor for 50000 people. We provide training for people to make them aware about basic hygiene, wound, and infection care. With such training, people can also care for others in a glorified way.

Winston Churchill was a British politician famous for his leadership of the United Kingdom during World War 2. He was also a Nobel Peace Prize nominee, winner of the 1953 Nobel Prize for Literature and the first person to be made an honorary citizen of the United States.

Churchill was born in 1874 in Blenheim Palace in Oxfordshire England. His father was a prominent conservative politician from the aristocratic family of the Duke of Marlborough. Churchill lived in Dublin until he was six then attended several schools in England; where he struggled academically. He then enrolled in the army and actively sought out military action and began to take an interest in war correspondence. In 1895 Churchill traveled to Cuba to observe the Spanish army fighting the Cubans. He then saw active service in India and Sudan and was then named as a conservative candidate for the Oldham constituency in England.

He was unsuccessful in his political campaign, so he obtained a commission to act as a war correspondent in the second Boer War in South Africa. He was captured and imprisoned in a prisoner of war camp in Pretoria in South Africa but escaped and rejoined his troops and continued fighting. He then returned to England and published his experiences and once again stood for the Oldham constituency in the general election of nineteen hundred and one.

According to the speaker, Winston Churchill was famous British leader during the World War 2. He won Noble Prize for Literature in 1953 and became an honorary citizen of the US. He was born in 1874 in England. His father was a conservative politician. Churchill lived in Dublin until the age of 6. He then studied in many schools in England, where his academic performance was poor. Then he enrolled in the army and went to Cuba to witness a fight between Spanish and Cubans. His political campaigns remained unsuccessful. He was also imprisoned once but escaped and continued fighting again.

Thanks for this opportunity to speak about Australia’s engagement with Asia from the perspective of trade and, in particular, to say a few words about what Australia is doing in this space. And I’m particularly pleased to be addressing trade and investment not just of course because these two things are inextricably linked, but also of course because Australia reports to Australia’s first ever Minister for trade and investment.

Asia’s importance to Australia’s economy is growing by the day. It is one of the most important factors to consider when assessing the International conditions for our national prosperity. Asian demand for our exports has helped Australia manage the global financial crisis better than most other developed economies. In fact probably better than all other developed economies. Investment from Asia has added to the productive capacity of the economy and overall productivity. In 2013, seven of our top ten export markets were in Asia and represented 65 percent of our total exports. Asian markets and Australia’s geographic proximity are critical not just for our trade ties and our capacity to access important global supply chains but also to the level of foreign investment in Australia.

Asia is becoming quite important for Australia’s economy day by day. Asia’s demand for Australian exports has helped Australia to survive the global financial crisis in a far better way than any other country in the world. Investment from Asia has added to the overall productivity of Australia. In 2013, 7 out of the 10 exports were in Asia, which contributed to 65% of the total exports. Asian markets and Australian geographic region are important for the trade ties between both countries.

1. Listen to the following audio and retell lecture in your own words 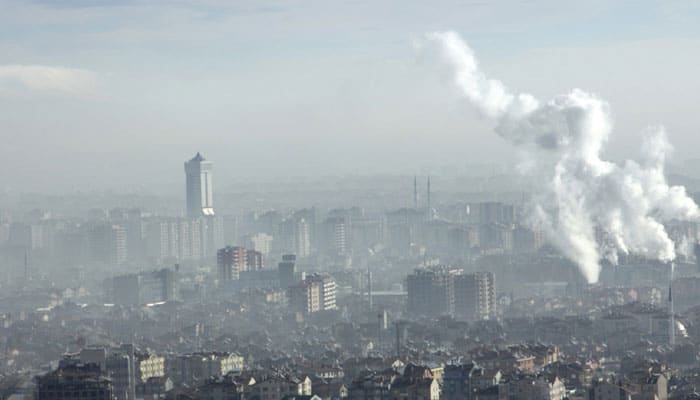 In today’s lecture, I’m going to talk about changes in air pollution since the middle of the last century and what has created these changes. So, um – by the 1950s, air pollution was very visible with frequent thick black fogs known as ‘smogs’ in many large cities around the world. The main source of this pollution was from factories and it caused severe health problems. For example, a particularly severe smog in London in 1952 caused over four thousand deaths.

Obviously, something had to be done and in 1956 a Clean Air Act was introduced in Britain. This addressed the pollution from factories and the smogs soon disappeared. However, as you know, these days air pollution is still a big issue. The main difference between now and the 1950s is that you can’t see it – it’s invisible. Also, the main source of pollution now is from cars and lorries, and although these don’t produce visible signs, this air pollution is still a significant risk to health. And one of the key factors in the rise of this type of pollution is that we have all become much more vehicle-dependent. There are far more cars and lorries, trains, and planes than in the 1950s and this is now the main source of air pollution around the world.

The lecture was about air pollution and the changes since the middle of the last century (main topic). Air pollution in the 1950s was very visible with thick black smogs causing severe health issues (point 1). This air pollution came from factories (point 2). A smog in London in 1952 caused a large number of deaths and resulted in a Clean Air Act being introduced (point 3). These days air pollution is invisible but is still a major health risk (point 4). It is now largely caused by cars and lorries and is due to the significant increase in vehicles since the 1950s (point 5). Source: PTE Academic Practice Tests Plus with Key

2. Listen to the following interview and retell lecture in your own words 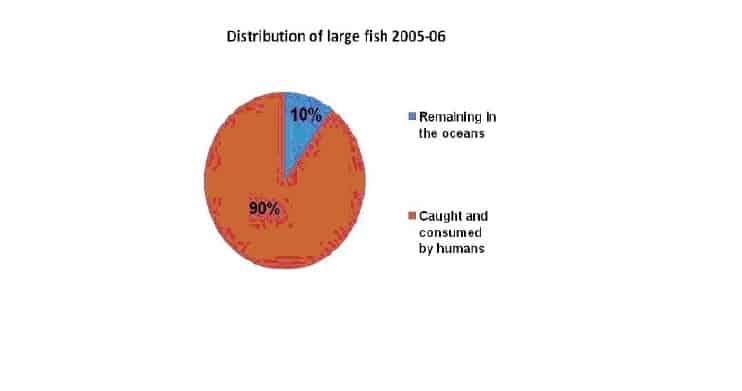 Interviewer: In an article that you wrote that I just read, you said you wished you could take everyone back to decades ago to look at the Florida Keys.

Interviewee: Fifty years ago. Think about how much change has taken place in that short period of time. We have managed to consume on the order of 90% of the big fish in the ocean: the tunas, the swordfish, the sharks. They’re mostly gone. Until recently people have had the belief that there isn’t much we puny human beings can do to change the nature of the ocean. But in fact, we have, not just because of what we’ve been taking out, and the destructive means often applied to take fish and other creatures from the sea, but also what we’re putting into the sea, either directly or what we put into the atmosphere that falls back into the sea.

Interviewer: So if you were going to give a grade on the health of the oceans today, what would it be?

Interviewee: Well, it depends on which aspect. Across the board. Huh. The oceans are in trouble. It’s hard for me to assign a specific grade. Maybe C