Describe Image (Bar Graph) – Look at the graph below. In 25 seconds, please speak into the microphone and describe in detail what the graph is showing. You will have 40 seconds to give your response. This is a long-answer item type that assesses speaking skills.

In case you find it difficult to explain, learn how to describe a image. 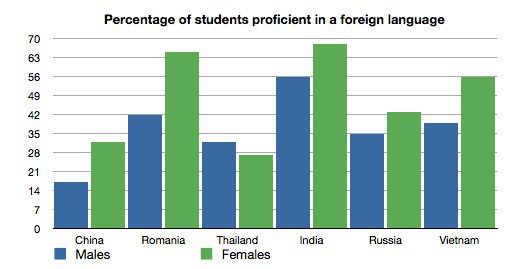 The bar chart shows the percentage of students proficient in a foreign language in six nations – China, Romania, Thailand, India, Russia, and Vietnam.

Among these nations, India is the country having the highest percentage of students able to communicate in a language other than their mother tongue, followed by Romania, Veitnam, Russia, Thailand & China.

In most of the nations, the percentage of female students having skill in using a foreign language outnumbers that of the males, though the difference is not significant. However, the only exception is Thailand where the quantity of males able to use a foreign language is higher than that of females. 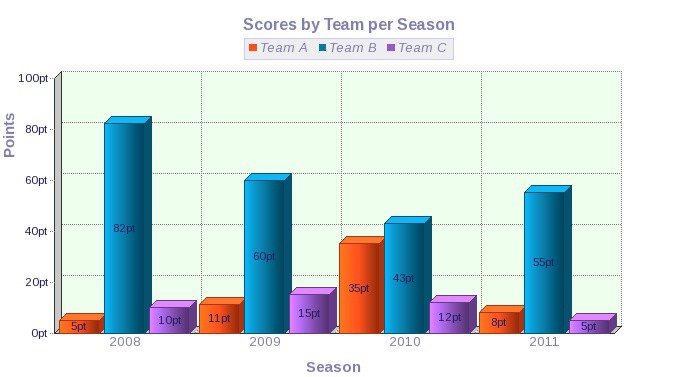 The bar chart shows the scores of three teams, A, B and C, in four consecutive seasons. In 2008, the score of Team B far exceeded that of the other two teams, standing at a massive 82 points compared to only 10 for team C and a very low 5 for Team A.

Over the next two years, the points for team B decreased quite considerably while team A’s point increased massively & Team C had managed only a small increase over this time. In the final year, team B remained ahead of the others as their points increased again to 55, while team A and C saw their points drop to 8 and 5 respectively. 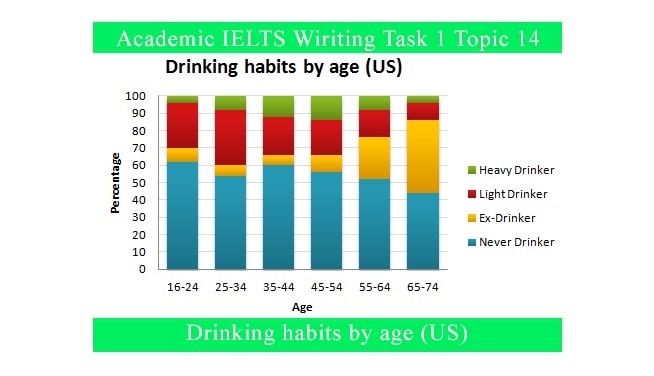 The bar chart shows information about people’s drinking behavior by age group in the US.

Overall, age appears to be a significant factor in patterns of drinking behavior.