Retell Lecture – You will hear an interview. After listening to the interview, in 10 seconds, please retell what you have just heard from the interview in your own words. You will have 40 seconds to give your response.

This is a long-answer item type that integrates listening and speaking skills, and requires test takers to understand and re-tell a lecture. 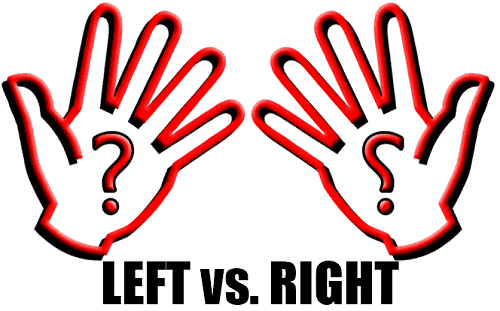 Hello students, Raise your hand if you’re right-handed. Yep, that looks typical. Most of us — about ninety percent — are right-handed. Click here to read full transcript

It’s been that way throughout history. In ever…In nearly every culture, right has been associated with positive qualities, while the left has been associated with negative, or even evil, ones. In Latin, left means “sinister.” In ancient Japan, men could reject, er, refuse, to marry women who were left-handed. Um, in modern China, teachers try to force left-handed students to learn to write with their right hands. And, as I’m sure all lefties know, everyday items, like, can openers, uh, scissors, and uh, computer keyboards, are designed for righties. In short, left-handers have been made to feel “left” out. Get it?

It might seem straightforward to you and I, but scientifically speaking, the basis of handedness is not well understood. Most scientists define right-handed or left-handed on the basis of a person’s preferred writing hand. But some scientists claim it should be based on the hand that is, um, faster and more accurate in performing manual activities, like tightening a screw or, uh, tying a knot. Still others claim that ability doesn’t matter; in other words, that handedness should denote only preference.

As a part of our study of the effects of diseases on society, of the, uh, social consequences of man’s diseases, we should certainly include yellow fever.  Click here to read full transcript

Now, yellow fever’s a deadly disease that’s caused by a virus, and it’s been the source of many epidemics since at least the eighteenth century in Africa, Europe, and the Americas. In fact, it still kills more than thirty thousand people a year worldwide. And there’s still no cure for the disease. However, there is a vaccine to immunize us against it. The road to the discovery of that vaccine was a rocky one, I think.

It’s called ‘yellow’ fever because one of its symptoms is jaundice- a yellowish colour that the skin takes on, because of liver damage. It’s transmitted by mosquitoes, either from man to man- this’s called the ‘urban’ cycle- or from monkey to man- this’s called the ‘sylvatic’ or ‘jungle’ cycle. The disease probably originated in west Africa, and it was carried from there to the West Indies and the New World in the eighteenth century with the ships of the slave trade. The first big outbreak of yellow fever happened in Cuba in 1762 and 1763, and it killed thousands of American and British colonial troops there. After that, between then and 1900, it killed about ten percent of Cuba’s population.

Share your response for retell lecture with our readers through comments.