Retell Lecture – You will hear an interview. After listening to the interview, in 10 seconds, please retell what you have just heard from the interview in your own words. You will have 40 seconds to give your response. This item type that integrates listening and speaking skills. 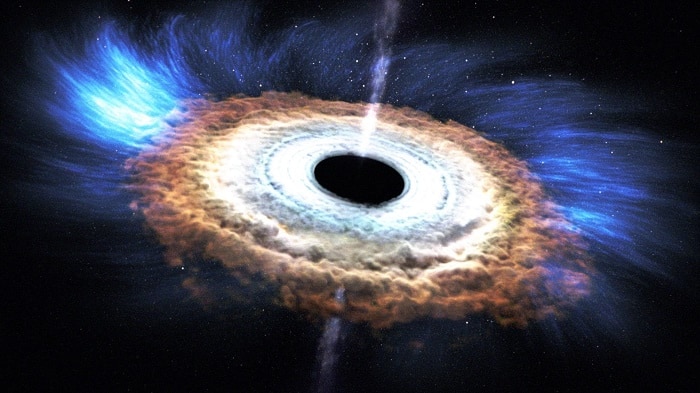 My next topic I’m sure will interest all of you- I want to talk to you now about Black Holes. Simply speaking, a black hole is what’s left after a large star dies. Click here to read full transcript

You’re already aware that a star is an energy producer, a nuclear fusion reactor- its core is a gigantic nuclear fusion bomb that’s trying to explode- but its mass of surrounding gases is so large that its gravity contains the explosion, and the balance that exists between the gravity and the fusion is what determines the star’s size.

However, as a star gets older, as it ages, its fuels gets used up and its nuclear reactor slows down. And then, its gravity gets the upper hand. The star implodes. Gravity pulls inward and compresses the stellar material into the star’s center. As it’s compressed, the core heats up tremendously- and then, at some point, a supernova, a great explosion, occurs, and the stellar material and a lot of radiation are blasted out into space. Only the extremely dense, extremely massive core is left. Its gravitational field is so strong that nothing can escape it, not even light. So it disappears from view: it’s black. It’s now a black hole.

Good morning, class. It’s a beautiful spring day outside, isn’t it? We’ll soon be seeing the first robin of spring- and so, it’s a perfect day to begin talking about migration.Click here to read full transcript

Migration is the main strategy that animals have for avoiding adverse environments and taking advantage of rich environments. Of course, there are other strategies, too- hibernation, for example- but far and away the most common way for animals to escape poor conditions and get to better ones is by migration- a mass journey from one place to the other.

Now there are all kinds of migrations, but the most familiar one is the sort that our robins will be experiencing- a seasonal, latitudinal migration. In the fall, the birds fly south, and in the spring they fly north again. In the southern hemisphere, of course, this works in the opposite direction. In both hemispheres, migrants move toward the equator when the earth chills and toward the poles when it warms. This is the way that species have been able to colonize, to use those subpolar resources that are seasonally difficult to access, that are unavailable to many living things for half the year.

Birds are certainly the most conspicuous latitudinal migrants, and they’re also the most awesome. Most famously, the Arctic Tern, which is a small seabird, migrates from one pole to the other, all the way from the Arctic subpolar region to the Antarctic subpolar region- and back again- annually. These birds travel roughly 70,000 kilometers a year!

Please share your response for retell lecture with our readers through comments.